Dan Soder is a New York City based comedian and actor who’s best known as ‘Mafee’ on the hit series Billions on Showtime.  Dan’s first HBO comedy special, Son of a Gary, premiered in December 2019 and is streaming now.  His previous special, The Standups premiered on Netflix in 2017 and his first hour-long stand-up special, Not Special, premiered on Comedy Central in 2016.  Other credits include: Comedy Central’s Half Hour, Conan, Inside Amy Schumer, and @midnight.  Dan also hosts Sirius XM’s The Bonfire with Big Jay Oakerson, every Monday through Thursday at 6PM ET on Comedy Central Radio.

Adrienne Iapalucci is writer, comedian, and podcast host who made her stand-up debut on NBC’s Last Comic Standing. She has appeared on Netflix’s Degenerates S2, This Week at the Comedy Cellar, The Late Show with David Letterman, and Gotham Comedy Live on AXS TV. She was a featured performer on JFL’s New Faces. She won the first ever People’s Choice award at the New York Comedy Festival. Adrienne was also a semifinalist in the festival’s New York’s Funniest Stand-Up competition and a runner-up in the New York Underground Comedy Festival’s Best of the Boroughs contest. Adrienne wrote for What’s Your F@3King Deal?! with Big Jay Oakerson. When she’s not touring comedy clubs around the country, she can be seen regularly at The Comedy Cellar and The Stand in New York City. She also co-hosts the popular weekly podcast ‘Vadge’ with Sarah Tollemache.

Seating will be available on a first-come, first-serve basis! 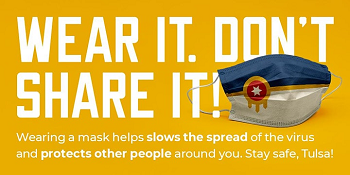 Tickets have an 8 ticket limit. This is per person, address, credit card, email, etc… Orders over this limit may have any or all of their orders refunded without notice.